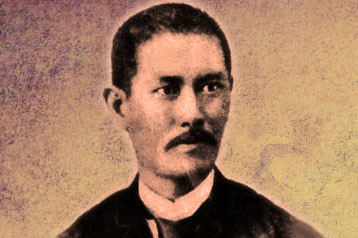 SPAIN – The remains of the first editor of La Solidaridad, Graciano Lopez Jaena, are still in a mass grave called La Fossa de Pedrera in Montjuic Cemetery in Barcelona.

However, they have not been repatriated yet as their exact location cannot be determined until now.

According to the records of the company that manages the cemetery, Cementiris de Barcelona S.A., a man named Graciano Lopez Faena, 40 years old, single, was buried directly to a mass grave a day after he died.

Articles written about him said that he died of tuberculosis. Jaena, who formed the triumvirate of the Propaganda Movement together with Jose Rizal and Marcelo del Pilar, also died poor.

The mass grave where Jaena was buried is now known as the burial site of those who lost their lives during the Spanish Civil War.

The difficulty to find the exact location in the mass grave where Jaena was buried derailed the plans to repatriate his remains.

Since 1916, the government has been looking for it, according to a letter from Dr. Maria Serena Diokno, Chairperson of the National Historical Commission of the Philippines. In more recent years, Jaena’s descendants even tried to look for it but to no success.

Meanwhile, as recognition to Jaena along with other members of the Movement who came to Spain to fight for changes in the colonial Philippines, filmmaker Kay Abaño who currently resides in Barcelona, is preparing a documentary on the parallelisms of the heroes during that time and the new heroes.

“(It’s) part fiction, part documentary about Filipino migrants living in Barcelona. The part fiction is about Marcelo del Pilar and Graciano Lopez Jaena. Napili kong pagsamahin ang temang ito dahil ang mga migrante ay kino-consider na new heroes, whereas Marcelo Del Pilar and Graciano Lopez Jaena are considered heroes as well, so that’s the first parallelism. Another parallelism was that both generations of Filipinos live in the same part of Barcelona. From their time to our time. Saan tayo patungo?”

Aside from Jaena, Filipino hero Marcelo del Pilar and internationally-acclaimed Filipino painter Felix Resurrección Hidalgo also died in Barcelona, but their remains were already brought back to the Philippines many decades ago. Originally published on ABS-CBNnews.com