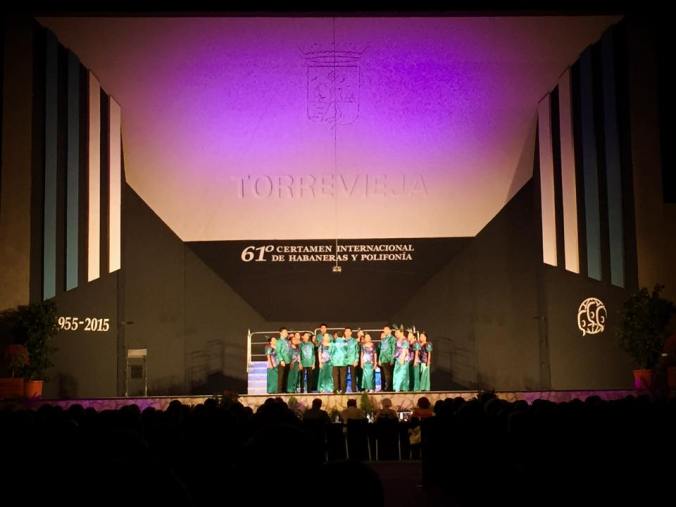 The official choir of the University of the Philippines Manila, UP Manila Chorale (UPMC), reaped awards in the two international choir competitions held in Spain.

It also competed at the 61st Certamen Internacional de Habaneras y Polifonia in Torrevieja, Spain where it took the top prize in the Polyphony Category.  The award includes a cash prize worth 10,000 euros (approximately PHP 500,000).

Proceeds of the cash prizes and donations they received during their European tour will be given to the NGO Habitat for Humanity to build houses for the Bohol earthquake survivors.

The choir also shared their world-class talent in music to international audience and fellow Filipinos living in Europe.  As part of their European tour “Talindaw 2015”, they also performed in Switzerland, France, Austria, Slovakia, Poland, Germany, and Czech Republic.

The choir sang Spanish, Filipino, classical and popular music to the delight of Filipino residents in Barcelona.

Something soothing and soporific from the University of the Philippines Manila Chorale who just had their concert at Iglesia de San Agustin as part of the Filipino Personal Parish's 17th anniversary celebration. It's their rendition of the Spanish song by Mocedades "Eres tú". The official choir of my alma mater recently reaped awards, under the baton of Prof. Eman de Leon Jr., in Cantonigros and Torrevieja International Choir Competitions. The last stop of their "Talindaw 2015" European tour is Frankfurt, Germany slated next week. Proceeds of cash prize and donations raised will be donated to Bohol earthquake survivors through Habitat for Humanity. More power to them and to our kababayans abroad who always open their homes to accommodate these talented students and goodwill ambassadors! Details on TFC Balitang Global and ABS-CBNnews.com #iskolarngbayan #upmanilachorale #upmc #talindaw #torrevieja #cantonigros #iglesiadesanagustín #anniversary #parish #parroquiadeinmaculadaconcepcionysanlorenzoruiz #mocedades #erestu #choirs #Spain #España #Barcelona #concert #Frankfurt #Germany #Europe #goodmusic #supportmusicians #supportartists #bayanihan

Filipinos in Barcelona also showcased the treasures they have in the community during the event—the the Filipino-Spanish youth talent in dancing and choir singing, which also won the hearts of the audience. ABS-CBNnews.com