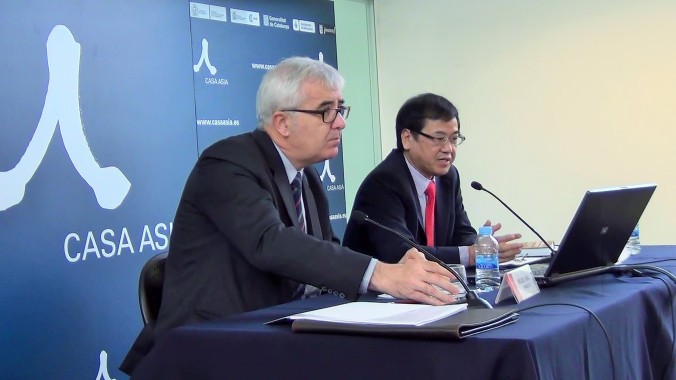 BARCELONA, Spain – Inequality in the Philippines might have not changed rapidly in the last 20 years but the gap between the rich and the poor in the country is still significantly high according to Juzhong Zhuang, Deputy Chief Economist of Asian Development Bank (ADB).

The Asian Development Bank (ADB) called on Asian governments to address the disparity between rich and poor amidst the steady economic growth the region is projected to achieve in 2014 and 2015.

According to “Asian Development Outlook 2014 Fiscal Policy for Inclusive Growth”, which was presented by Zhuang in the headquarters of Casa Asia in Barcelona, Spain, developing Asia is set to grow 6.2 % in 2014, from 6.1% last year, and 6.4 in 2015 spurred by the recovery in advanced economies like Japan, United States and Europe but slightly dampened by forecasted slowdown in China’s growth.

The Philippines remains to have the highest Gross Domestic Product (GDP) growth in Southeast Asia despite the projected decrease in this year’s GDP at 6.4%, from 7.2% in 2013, and slight increase in 2015 at 6.7%.

However, despite the rosy economic climate in Asia, the levels of inequality alarm ADB as observed in the rise of Gini coefficient, a key measure of inequality, in 12 Asian economies especially the most populous such as People’s Republic of China, India and Indonesia.

Technological progress, globalization, and market-oriented reform can be a double edged sword as they were identified as drivers of growth but at the same time were the causes of inequality according to a separate ADB report entitled “Rising Inequality in Asia and Policy Implications”.

It is important to address inequality, the report further said, as this hampers economic growth itself, debilitates poverty reduction efforts, reduce middle class by leaving more people at the extreme ends of income distribution, trigger political repercussions and affect the crime and violence situation, which in turn conditions the investment climate in a country.

To respond to these issues, Zhuang recommended that Asian governments spend more on education, health care and social services as they lag behind their Latin American and OECD counterparts.

Zhuang added that realigning government spending on these sectors does not only reduce inequality but also augments productivity and enhances human capital.

In the case of the Philippines, Zhuang said in an interview with ABS-CBNnews.com, the challenge for the country is to create more jobs and to develop the manufacturing sector.

“Obviously to reduce inequality, we think, one is to create more jobs, my view, is to develop the manufacturing sector where the quality jobs and labour-intensive jobs would come from. And of course at the same time the service sector remains important as has been in the past.”

Zhuang also mentioned the need to increase tax collection and once again stressed the importance of spending more on education and health.

“Another issue for the Philippines is to broaden the tax base so more tax revenues will be collected and an important issue is to improve tax administration and enforcement. I think the fiscal policy has a greater role to play in addressing inequality and of course also to reduce poverty.” Originally published on ABS-CBNnews.com

Watch the related report in Filipino aired on Balitang Europe, The Filipino Channel.